WHAT HAPPENED IN GOLF THIS PAST WEEK AND WHERE WE PLAYED
So much took place this last week. The four of us played in a tournament at Southern Highlands that was hosted by the Las Vegas Raiders Quarterback Derek Carr! We then dominated the Five Iron Golf league night and wrapped up the week with a VGN Tournament where Dan won the Gross and Sean W won the Net.

Sean took a few minutes from his busy schedule to hop on the show and talk about the Wildhorse tournament round.

The Saudi League announced its schedule and we chimed in on that bit of news. Cobra released a special edition of their latest driver. Man, it is SEXY!

CHASING ACES SHOT OF THE WEEK
Have to give this one to STAT GUY! Hitting the flag on No. 2 at SoHi and then almost draining it from the tee on the short par 4 NO. 5 was amazing!

Bustin' Chops & Callin' Shots
Each week Josh and Jon sit down to give their take on travel sports and everything in...

The Las Vegas Golf Superstore
The premier retail destination for golfers in the Las Vegas Valley!

We hope you enjoy this week's episode, and if you do, please consider leaving us a review 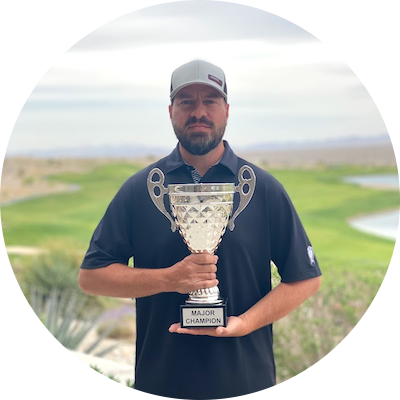